The predicted flood of business sales by retiring Baby Boomers in the U.S. has not materialized – yet.

Exit planning and business broker firms predicted millions of companies would flood the market as baby boomers focused on retirement. These companies were projected to hit the market starting in 2011, the first year baby boomers reached the age of 65. Four years later, these predictions prove to be overly optimistic and the anticipated consequences have not happened.

U.S. Census Bureau data indicates baby boomers own about two-thirds of the roughly four million U.S. businesses with employees. Theoretically, if an equal number of boomer business owners attempt to sell their companies each year as boomers turn 65, 210,000 businesses would hit the market each year until 2030.

This predicted “tsunami” of businesses for sale relied on the law of supply and demand to suggest business valuations would plummet and be difficult to sell. Owners were advised to sell fast before the value of their business – and the majority of their net worth – collapsed.

“I don’t subscribe to the idea that a flood of companies looking to sell will struggle to find buyers due to oversupply. A company’s ability to sell will depend on its own fundamentals,” said PitchBook analyst Daniel Cook.

Since the 2008 financial crisis, median M&A valuations for deals under $100 million have hovered around $15 million. “Despite a large increase in sellers in the market, valuations have remained steady, even increasing 4% in 2015,” said Cook. “This increase is even more profound when you remove oil and gas transactions from the equation, with median 2015 valuations increasing 6% from their 2014 levels.”

Similar to the lower middle market, the number of small businesses for sale is trending up. These businesses, most of which have one to 10 employees, likely put their selling plans on hold during the recession, which created a pent-up group of sellers who decided to enter the market as the economy and their business improved.

“We are not seeing a tsunami yet, but we are definitely seeing a rising tide with an increase in new listings of about 20% since the recession,” said Bob House, group general manager of BizBuySell.com, an online marketplace for small business sale listings. “The median asking price is up 12%, and the median selling price is up 8% from 2014 to 2015. The number one reason for selling in our space continues to be retirement.”

The number of small business sales reported by BizBuySell.com has remained much higher for the last three years, almost reaching the peak level of early 2008, before the recession started. What about the tidal wave and lower valuations?

Multiple factors explain why the tidal wave of sellers and the commensurate decline in business valuations has not happened, and may not happen at all.

Keeping It in the Family. The predictions assumed the majority of the 4 million boomer businesses would enter the market in an attempt to sell to a third party. “About 70% of our members’ clients do not choose to market their business to third party buyers,” said John Brown, CEO of Denver-based BEI, a firm that provides resources to hundreds of exit planning firms in the U.S. and internationally. “In most cases, our clients transfer the business to their children or employees.”

According to Brown, “Our research indicates there are about 450,000 businesses with between 15 and 200 employees that could be sold. We estimate only about 200,000 companies are positioned so the owner can exit the business and have financial security today.”

Delayed Retirement. Another factor is that, to a growing degree, business owners are not thinking of retiring at 65. “We have not seen a business transition tidal wave of sellers, although, I expect the pace will accelerate over the next 10 years,” said David Selig, CEO of Advice Dynamics Partners, a San Francisco-based company specializing in the sale of wealth management firms. The average age of his clients is 58. “About 90% of wealth management firms are unprepared for a transition or succession.”

“Many business owners I talk to do not have anything to retire on and lack a post work vision,” said Selig. “Unfortunately, it often takes a catalyst like an illness, divorce or other catastrophic event before the owner will begin working with my firm on a sale process.”

Marketability. Some businesses may not be sellable. Buyers tend to shy away when a business is heavily reliant on the owner for success. Some buyers resolve this situation by requiring the owner to remain with the business for an extended period (three to five years). Owners often resist this approach, rendering their business un-sellable or worth much less.

“I think business owners should focus on building companies with sustainable competitive advantages and attractive growth prospects that will draw the interest of financial and strategic investors rather than worrying about the number of sellers in the market,” said Brad Cornell, Partner at Excellere Partners, a leading private equity firm based in Denver. “A business with a strong customer value proposition, differentiated products and services, a diverse customer base and quality management, will always be in demand.”

Daniel J. Roth is a veteran dealmaker, entrepreneur and corporate executive with both domestic and international business experience. Throughout his extensive career, Dan has assisted business owners in every phase of planning and development including advising start-ups, fostering growth and planning exit strategies. 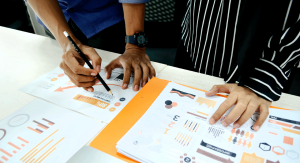 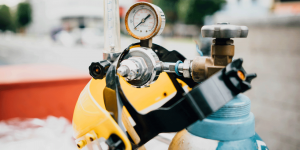 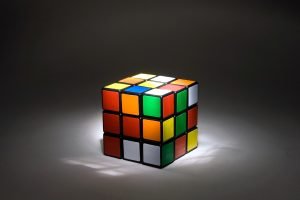