Martin Ice Cream and the Sale of Personal Goodwill

Home » Martin Ice Cream and the Sale of Personal Goodwill

If structured properly, the seller of personal goodwill receives significant benefits … with no adverse tax consequences to the buyer. 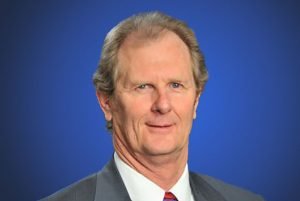 One of the roadblocks that commonly arises in structuring a business sale has to do with the competing tax consequences for the buyer and seller. From a tax standpoint, what is good for the seller is often bad for the buyer, and vice versa.

However, one important tax strategy for sellers generally has no impact on buyers: the allocation of company assets as “personal goodwill” of the company’s owner or executives. In this strategy, the individual’s personal reputation, expertise and relationships are segregated from the assets of the company being sold. The goodwill that otherwise would be attributed to the company is shifted to the owner/executive.

Example
If the subject company is being sold for $10 million and the tangible assets are worth $8 million, the remaining $2 million would normally be classified as goodwill. If that goodwill is assigned to a C corporation, it will be taxed at the 34% rate and then taxed again, at 15%, when the proceeds are distributed to the shareholders.

If, on the other hand, it can be shown that the goodwill is attributable not to the corporation but to the owner/executive personally, then the $2 million would be paid directly to him and taxed as long-term capital gain (not as ordinary income). That keeps the proceeds out of reach of the subject company’s creditors, if there are any. Finally, as was mentioned above, the tax treatment to the buyer is the same regardless of whether the owner/executive recognizes long-term capital gain from the sale of personal goodwill or ordinary income for a non-compete payment.

Also, for some taxpayers, creating personal goodwill helps minimize corporate income tax when the corporation liquidates, i.e., converts to an LLC that is taxable either as a partnership or as a disregarded single-member entity. The use of this technique can also minimize potential future built-in gain taxes if the corporation desires to make a subchapter S election.

Background
The purposeful creation of personal good will first gained notoriety a decade ago in what has become a famous U.S. Tax Court case, Martin Ice Cream Co. v. Commissioner, 110 T.C. 189 (1998). In that decision, the Tax Court reaffirmed that, when a corporation has no employment contract with an employee (in this case, the owner), the employee’s personal relationships are not corporate assets.

Here are the particulars:

Arnold Strassberg and his son, Martin, owned all of the stock of Martin Ice Cream Co., an ice cream distributor. Before going into business with his son, Arnold had worked for more than a decade in his own wholesale ice cream distribution business, where he developed strong business relationships with the managers and owners of a number of supermarket chains. Shortly after launching Martin Ice Cream, Arnold was approached by the founder of Häagen-Dazs, who wanted Arnold to introduce that company’s ice cream to supermarkets. On a handshake agreement (which was never reduced to writing), Arnold quickly established distribution relationships with four chains.

In the mid-1980s, Pillsbury acquired Häagen-Dazs and approached Arnold about acquiring his relationships with the supermarkets so that Pillsbury could sell Häagen-Dazs products to them directly. Pillsbury was willing to pay for Arnold’s connections but had no interest in a relationship with Martin Ice Cream or in acquiring any of its physical assets.

Creating and Transferring Personal Goodwill
It is recognized in Martin Ice Cream that personal goodwill may be unique and is present only if supported by particular facts. For example, the seller should not be subject to a contractual non-compete provision in favor of his former company. Further, the seller should not be subject to any non-solicitation provision that prohibits him from contacting and trying to sell to his former company’s customers, suppliers or service providers.

As is discussed in greater detail by Thomas O. Wells and Daniel Lampert in the March 2005 Florida Bar Journal (“Sale of Personal Goodwill: The Executive’s Parachute”), personal goodwill should be transferred pursuant to an asset purchase agreement executed by the buyer and seller. The agreement should describe the personal goodwill being transferred and include representations by the selling individual as to ownership of such assets and that such assets do not exist separate and distinct for the selling corporation. The agreement should also include exhibits such as a bill of sale and an assignment of rights (as suggested in Martin Ice Cream). The buyer may want to include any non-compete provision within the asset purchase agreement to obtain a lengthier presumption of reasonability for the restrictive time period. The parties may then allocate the purchase price between assets comprising the personal goodwill and the covenant not to compete.

Under IRC § 197, the buyer is entitled to deduct the amount paid in connection with goodwill (whether it is personal or corporate) over 15 years. The tax treatment to the buyer would be the same if the buyer purchased corporate or personal goodwill or if the buyer made covenant-not-to-compete payments to the seller in connection with the acquisition of a trade or business. Each such asset is considered a “Section 197 intangible.” Section 197 intangibles also include goodwill, going concern value, workforce in place, information-based intangibles (including customer-related information such as customer lists and patient or client files), know-how, customer-based intangibles, supplier-based intangibles, licenses, permits, covenants not to compete, franchises, trademarks and trade names.

Conclusion
A seller who has unique skills, a strong relationship with customers and an excellent industry reputation and is not bound by a covenant not-to-compete should consider structuring a transaction as a sale of personal goodwill. This structure provides a seller with a beneficial parachute because the payments are treated as long-term capital gain, not subject to equitable distribution and not subject to the claims of the employer’s creditors. This structure can also be used during the conversion of a corporation to an LLC or limited partnership taxable, respectively, as a disregarded entity or partnership for federal income tax purposes.

If structured properly, the seller receives significant benefits with no adverse tax consequences to the buyer.

PrevPreviousWhat is the value of using a business broker or M&A advisor?
NextWhy is succession planning important?Next

“What Do I Do Now?”: Preparing for Life After Your Business Sale

A personal exit plan can help you avoid the trap of selling your business before knowing what you will do next. By IBG Business Selling

Know What Your Business Is Worth

Making a good selling decision requires good information. Knowing how much your business is worth, in the mergers and acquisitions (M&A) and business sales context,

The Role of Private Equity Groups in the M&A World

By: Jim Afinowich Virtually any company may become an acquisition target of these sophisticated, well-heeled buyers known as “PEGs.” When it comes to business sales